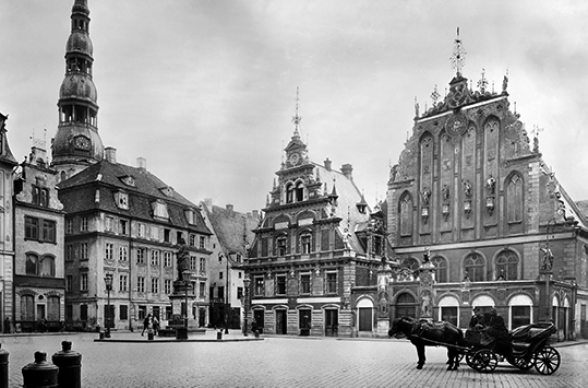 House of the Black Heads, initially called the New House, was built in 1334. It has been rebuilt many times beginning with 1522, when the door-side stones were placed at the entrance, until the end of 19 century when statues of lions were placed above the entrance and the statue of St. George appeared at the corner of extension. 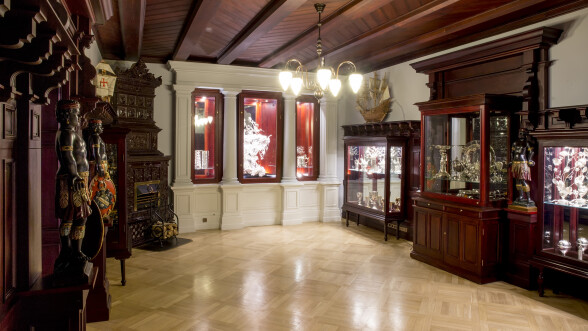 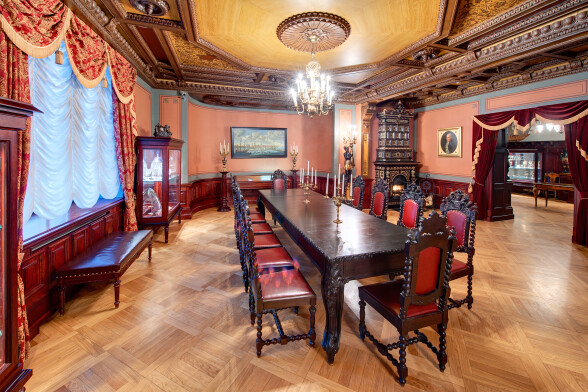 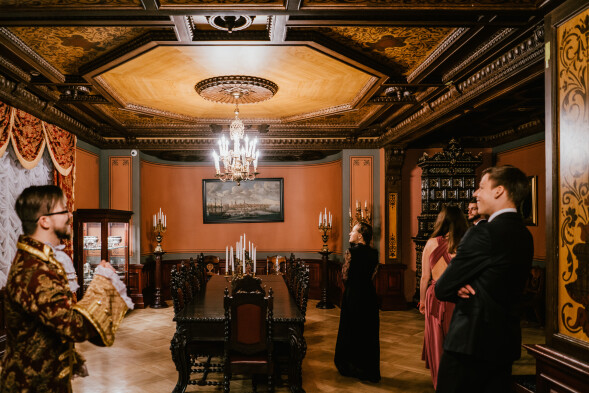 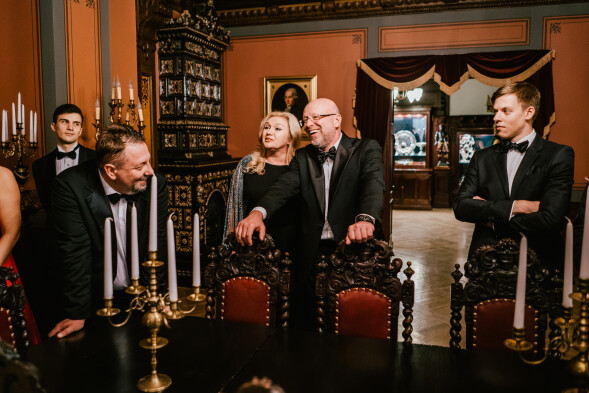 The Salon is the smallest hall of the House of the Black Heads. Its interior was restored in 2020 in the style characteristic to the second half of the 19th century and the beginning of the 20th century. No historical records exist that would provide evidence that there was once a Salon hall in the House of the Black Heads, but according to the old floor plan, it is known that there was a serving room here.

In 1720, merchant journeymen founded a new cavalrymen’s company, which was named the Blue Landlord Company or the Blue Guard due to the light blue, silver adorned uniforms. The Guards mainly participated in processions welcoming and escorting nobles, however, after Napoleon’s invasion of Russia they regained their military importance. During the 1880s, the guards of Riga were disbanded.

The historical Lübeck hall and the luxurious Celebration hall are available for viewing, as well as the composers’ gallery.

The contemporary silver collection of the House of the Black Heads can be viewed in the historical cabinets.

The wealthiest blackheads gifted silver goblets, dinner sets, candleholders and other goods made from silver to their own house and their churches.